I bought my first building during President Reagan’s administration.  It was located directly behind a Gulf gas station on Martha Avenue in Port Richey, Florida.  Several years later, when I was selling it, I thought about listing it as “Gulf View” property.  I don’t think anyone, other than me, would have thought that was funny.

President George W. Bush came along years later and he wanted to boost home ownership for all Americans.  You can’t fault him because it was a noble idea.  Studies showed that home ownership promotes all sorts of good for the economy, communities and society at large.  Getting the government directly involved in the economics of promoting and facilitating home ownership, on the other hand, was a terrible idea.

“This Administration will constantly strive to promote an ownership society in America.  We want people owning their own home.”  President George W. Bush, December 16, 2003

W’s plan worked and the goal was achieved.  In the second quarter of 2004, U.S. home ownership rate reached a record high of 69.2 percent (see chart below).  The number of home owners reached 73.4 million, the most ever.

Let’s fast forward and see how it worked out just a short 12 years later.  Since the peak in 2004, home ownership rates have been on a steady decline and are now near a 48-year low.  According to a study by Zillow, an amazing 86% of Americans who are renters no longer have a sufficient credit score or income to afford to buy a home in their local market.  Part of the problem is good news/bad news.  A strong housing market (good news), has made houses more unaffordable (bad news) for lots of people.

Adding to the difficult situation is that over the period from 2005 to 2016, real household incomes have dropped 9% while rents have increased 7%.  The low home ownership situation will likely persist, since nearly half of today’s renters spend more than a whopping 30% of their pre-tax income on housing.

I remember President Reagan saying that the nine most terrifying words in the English language are “I’m from the government and I’m here to help.” 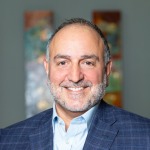